ITC Entertainment was a powerhouse of filmed television drama from the 1950s to the 1980s, producing a succession of hit action-adventure series such as The Saint, Danger Man, The Prisoner, Man in a Suitcase, The Champions, Randall and Hopkirk (Deceased) and The Persuaders!

Edited by Alan Hayes and Rick Davy, Playboys, Spies, and Private Eyes – Inspired by ITC celebrates the company’s remarkable legacy with 35 chapters by a wide range of writers, who explore how the series have touched their lives.

Published in aid of the Born Free Foundation, this book also boasts a heartfelt foreword by actress Annette Andre, an afterword by Elaine Spooner (daughter of Dennis), and artwork by Shaqui Le Vesconte. 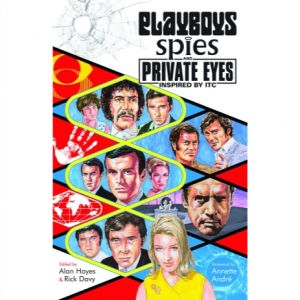