“One of the most wonderful things in life is to get paid for your hobby, and my hobby from the age of sixteen onwards became making movies.”

Eric Mival originally wanted to be an animator, getting his big break working for Halas and Batchelor, the ‘UK Disney’, in the late 1950s. However, it soon became clear that Eric’s talents lay in film making, and an assistant editor’s role at World Wide Pictures soon followed. From there, he quickly moved into feature films, working for such greats as Ray Harryhausen, George Harrison, and Otto Preminger.

In the 1960s Eric worked as film editor on iconic TV series such as Doctor Who, Top of the Pops, and Comedy Playhouse, before he took a job which would change his life forever – assistant film editor and then music editor on Patrick McGoohan’s thriller series The Prisoner. The show’s enigmatic co-creator was to remain a life-long friend. Work on Strange Report, another ITC series, followed before he moved into directing and producing in a career in the film and television industry which would span the next 45 years.

Cutting Edge is not only a fascinating look at life inside the film and television industry, it also includes the inside story of arguably the greatest TV series ever produced. Cutting Edge also serves as a fascinating guide to the art of film making, with invaluable inside information for aspiring movie makers.

“A gentleman and one of the most helpful people around. Whenever incidental music was required, he was the one who made exactly the right choice.” Patrick McGoohan, January 2008.

”An in-depth memoir… The book will be of special interest to fans of The Prisoner, Doctor Who, and other classics.” Jason Whiton, SpyVibe 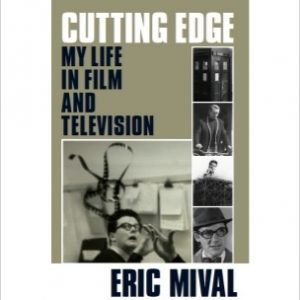