The first in a series of CDs of archive recordings with cast and crew of The Prisoner TV series.

In 1990, Patrick McGoohan met with journalist Howard Foy to record an interview for issue one of ‘The Box’ magazine. It would turn out to be McGoohan’s last in-depth interview regarding the series.

What inspired the series? How did he find his co-stars? What were his ‘essential seven’ episodes? How did Rover come to being? What does he think of the series’ fans? All this, and more, is discussed in this edited 45 minute interview.

*Please note. This interview was originally recorded on dictaphone cassette tape. Whilst restoration has taken place courtesy of legendary Doctor Who sound man Mark Ayres, the audio quality of this CD is very variable and reflects the circumstances in which the recording was made.*

A proportion of this price is donated to Ty Gobaith Children’s Hospice. 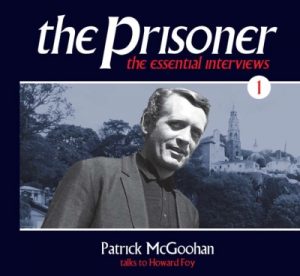