Patrick McGoohan was the biggest star on UK television in the 1960s. For seven years he played the lead role in DANGER MAN, before co-creating, producing, and starring in the ground-breaking cult-classic series THE PRISONER.

EVERYMAN tells the story of Patrick McGoohan’s life, from his birth in New York, through childhood in Ireland, early years in Sheffield, right up to the filming of THE PRISONER. Adapted for audio by Brian Gorman from his successful one-man stage play, he portrays Patrick McGoohan as he looks over his life in the style of a classic episode of THE PRISONER.

”An essential piece of insight into one of the most iconic actors of the twentieth century.”- Starburst Magazine 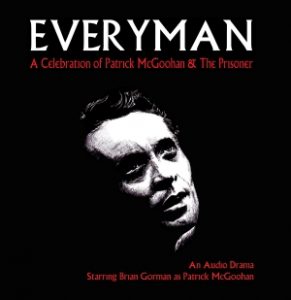