“THE PRISONER DUSTED DOWN” By David Stimpson

A personal examination of The Prisoner.

The Prisoner television series, filmed in 1966/67 and starring Patrick McGoohan as Number Six, has inspired much research since it was first broadcast more than 50 years ago. Its universal themes, allegorical content, and on-screen metaphors have stimulated debate, and confusion, amongst its viewers and ardent fans and much that was seen on screen has remained enigmatic. Until now.

The culmination of more than five years of research by series aficionado David Stimpson, The Prisoner Dusted Down re-examines the entire series, unearthing new information and offering fresh, personal perspectives on the finished episodes.

Answering questions you always wanted answered, and questioning answers you always believed, The Prisoner Dusted Down is a must-read for anyone with an interest in the most thought-provoking TV series of all time.

“DUSTED DOWN has no padding. It is all meat. It is a fast flowing river from first to last page. You never rest…The depth of analysis is incredible.”
Chris Riley, The Tally Ho 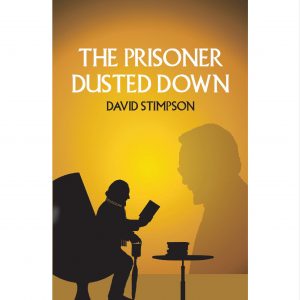